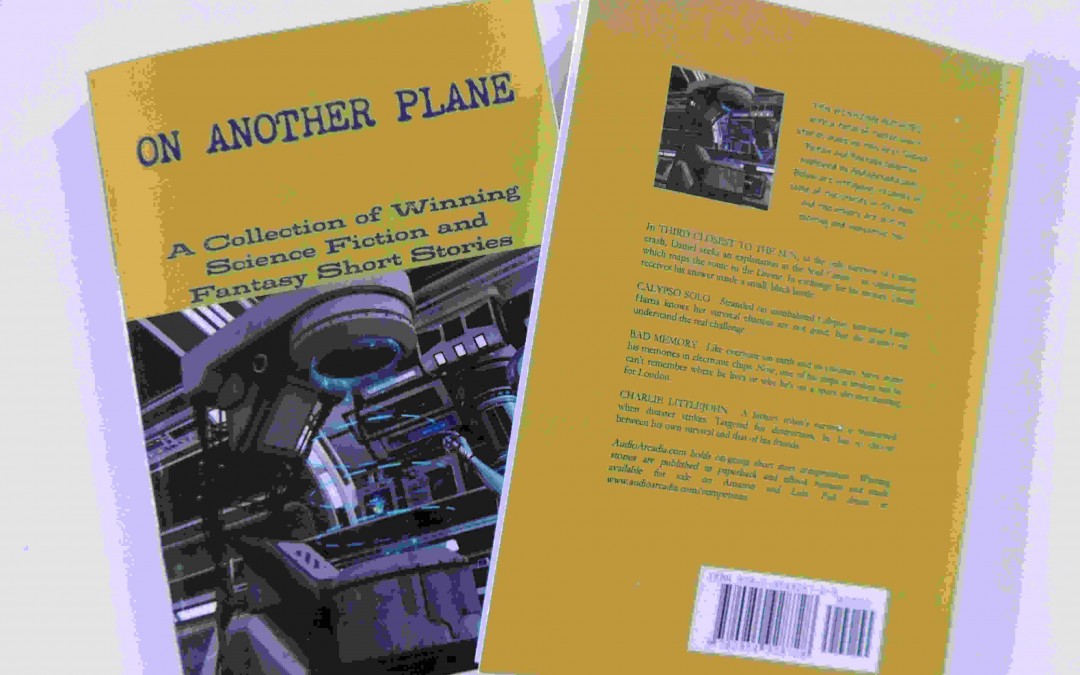 My short story, “Third Closest to the Sun,” is published! It is available to purchase from leading retailers, like Amazon and Barnes and Noble. The story is included in On Another Plane: A Collection of Winning Science Fiction and Fantasy Short Stories, published by AudioArcadia.com.

There are some great stories in there: “Reality Check,” by Gary Everington, “Bad Memory,” by Karen McCreedy, and “Calypso Solo,” by J.S. Rodgers, to name my favorites.

Here is AudioArcadia’s tag and blurb:

TEN WINNING AUTHORS with a total of TWELVE Science Fiction and Fantasy short stories published for the first time by AudioArcadia.com In THIRD CLOSEST TO THE SUN, as the only survivor of a plane crash, Daniel seeks an explanation at the Soul Centre – an organisation which maps the route to the Divine. In exchange for his money, Daniel receives his answer inside a small, black bottle. CALYPSO SOLO – Stranded on uninhabited Calypso, astronaut Emily Harris knows her survival chances are not good. But she doesn’t yet understand the real challenge… BAD MEMORY – Like everyone on earth and its colonies, Steve stores his memories in electronic chips. Now, one of his chips is broken and he can’t remember where he lives or why he’s on a space elevator heading for London. CHARLIE LITTLEJOHN – A factory robot’s survival is threatened when disaster strikes. Targeted for destruction, he has to choose between his own survival and that of his friends.

Links to purchase the anthology: