Since 2018, I’ve been writing a novel called SOUL CENTRE, based on my short story “Third Closest to the Sun”. It’s finished and I’m currently looking for representation.

Doran Isles is an eighteen-year-old orphan with a broken mind. There are voices in his head, who whisper incoherently. But he doesn’t mind anymore. Why? Because his next four days include attending the grand opening of Soul Centre Leeds, becoming a member to learn the truth about existence and what happens after we die, and killing himself.

Panda is a depressed twenty-one-year-old gaming addict who lives in a tent outside an internet café. The online gaming world is an escape, where he can be whatever he wants to be and forget who he is and what he did. Fate brings Doran and Panda together and a friendship blooms.

Soul Centre is a controversial pseudo-religious organisation run by the charismatic Peter Randall. It holds the key to the afterlife, but it’s making the wrong headlines as its members are committing suicide and going missing. Doran and Panda visit and get entwined in a mess that has global implications.

SOUL CENTRE is a multi-POV, contemporary, grounded science-fiction story, in the spirit of, and aimed at, readers of Blake Crouch’s Dark Matter. It tackles themes of mental illness, suicide, gaming addiction, and the afterlife.

I’ve had a number of short stories published by various presses. Please visit Literally Stories and read “Third Closest to the Sun” for free. You can also read “The Second Door” for free via this link. Further down, there are links to purchase an anthology containing my work to support those publications. 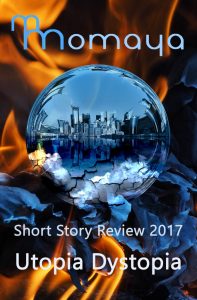 WITHERSHINS appears in the Momaya Short Story Review 2017 – Utopia Distopia, published by Momaya Press. This is my dystopian short story about a woman’s stance against a radical law to slow population growth. It is available to purchase through Amazon. 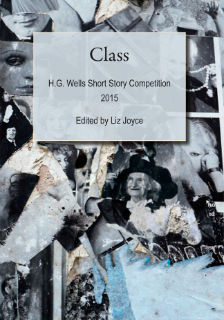 ENDEAVOUR is published in Aesthetica’s Creative Writing Annual 2016. On board the Endeavour, on route to a new home, and in spite of Earth’s pending expiry date, a mother tries to convince her husband that they should take the last blue-planet bound vessel. Available to purchase through Aesthetica Magazine in paperback. 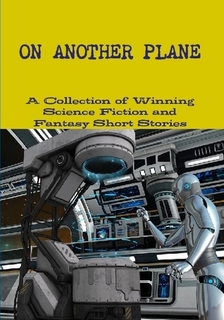 THIRD CLOSEST TO THE SUN, winner of the Audio Arcadia Short Story Prize, 2015, is published in On Another Plane: a Collection of Winning Science Fiction and Fantasy Short Stories. As the only survivor of a plane crash, Daniel seeks an explanation at the Soul Centre: an organisation who can map the route to the Divine. In exchange for his money, Daniel receives his answer inside a small, black bottle. Available to purchase through Amazon in paperback and ebook, Lulu in paperback and ebook, and through Barnes and Noble and Kobo.

I am an author of commercial and speculative fiction.

Born in the U.K. in 1981, eldest of four siblings, I grew up in the small market town of Penistone. I studied at the University of Manchester, where I received a BSc. (hons.) degree in Geography in 2003. Over the next ten years, I rambled across all populated continents and worked as a travel agent in the UK and then in Australia, where I met my wife.

After getting a taste for writing through my travel journals, I returned to Manchester with the hope of getting a more creative job. I researched the careers market and found a superb position as … a travel agent. That was not what I had in mind. However, with money in my pocket, I signed up for a creative writing course through Open University, and since then, I’ve been published by Momaya Press, the H.G. Wells Short Story Competition, Aesthetic Magazine, Literally Stories, and Audio Arcadia. I’m also a member of WritersSA.

I live in Adelaide, Australia, with my wife and two children.

Remember to replace the [at] and [dot] with the appropriate ‘@’ and ‘.’ characters.